Speaking of, Kathryn Schulz’s recent Thoreau take-down in The New Yorker is so delicious, I could spread it on toast. It launched the mandatory thousand think-pieces–“Why Thoreau Matters,” “Sorry, New Yorker, Thoreau Matters,” etc. I’m among the many who haven’t read a word of Thoreau in context so I still feel easy with his easiest takeaway: nature’s cool, let’s go there.

I was determined to hike “every weekend this fall”–of course, my ambitions were wrung and shrunk until I was left with just one hike–the destination was changed to closer and closer woods, all the morning trains missed, finally seeing us arriving at Manitou Point Preserve well after 2 PM. But procrastination paid, as it does sometimes, giving us all the fall hikes we missed distilled into one bursting sun-drenched day. Such stuff as Instagram dreams are made on.

Another small magic. According to Schulz, Walden was never as solitary as Thoreau claimed, but from a city of 8 million, we were the only New Yorkers to see this place on this day. (At least, the only car-less New Yorkers to see it to completion–the only ones waiting at the lean-to station for the last train back to the city, watching the moonlit waves lap the banks of the Hudson.)

On the dirt road to the preserve

The woods. Funny-terrible feeling the entire time on this path that I was inside a Windows screensaver. 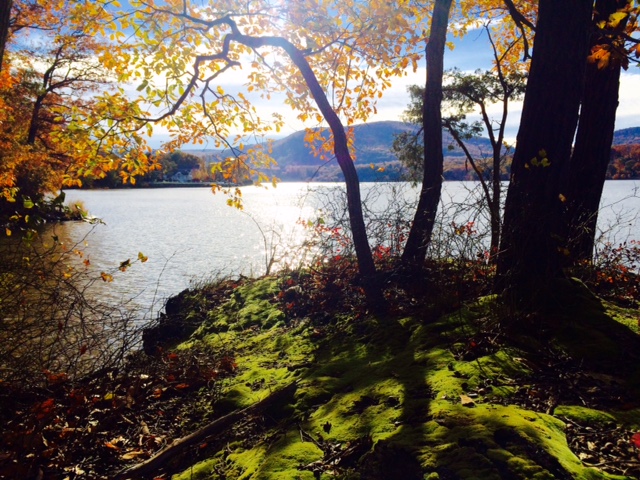 The bank below the blue trail Hudson River lookout point

Last minutes of perfect light before the fade