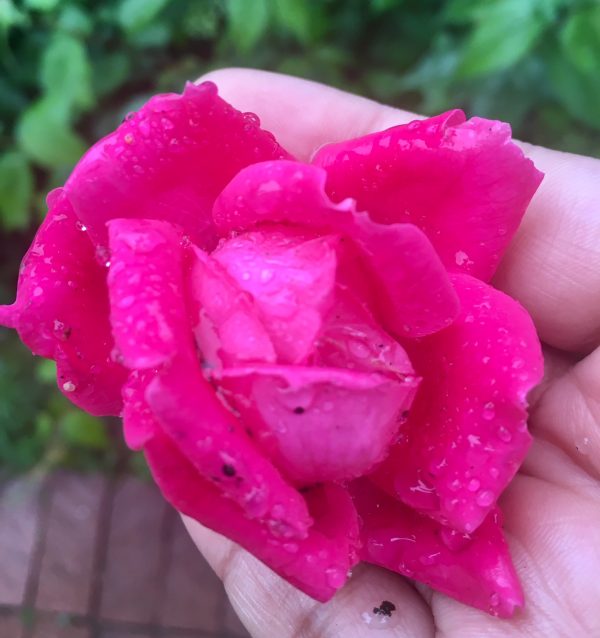 It’s a strange feeling to publish out of step with yourself. “All Surfaces Lose Their Tension” over at Marias At Sampaguitas is my second published flash-ish piece. I drafted it years ago, before I knew what flash was. The piece was my response to a writing group prompt to “describe a kiss.” When I thought of a kiss, all I could see in my mind was an image of a meniscus — the curve of water on the surface of a cup.

Like my first published prose poem “We Know the World with Our Bodies,” it is about a raceless, faceless couple passing each other by. In the past two years of learning to write flash, I’ve edited the piece on-and-off with the generous help of readers and other writers. I learned a lot about language and my obsessions in the process, but really, the piece was as done as it was ever going to be years ago.

I held on to it because I’m afraid of everything I’ve written since. It was easier to write raceless, faceless work while I learned how to write identity in a way that doesn’t feel like self-colonization. It was easier to write about couples as a vehicle for loss, departure, and fractured identity. I only understood why I was worrying a slight moment between anonymous people when I read this quote: “Touch is always departure, and if felt, it brings with it the palpable separation or loss. When touched, I am the object for the other, and I lose myself. Soon after, I lose the other also. What is left?” (BOMB magazine).

Even in this blog post, I’m moving away from the piece itself but to come back: I’m glad this slippery little piece found a home with a journal dedicated to marginalized identities, where the tagline reads “pagsulat sa mga bulaklak,” which means “when writing on flowers.” The morning it was published, I found a half-bloomed rose left on the sidewalk. I paused long enough to take a picture and left it where it was. It takes about as long to read the piece here 🙂

One thought on “New publication: holding on too long”